Here she is, little miss Caillie! After rescheduling her shoot last week due to a raging photographer’s cold I finally got to meet Caillie and family. I’ve already heard lots about Kim, Robb and Caillie from the Morrow family, and from Kim’s sister Allison whose wedding I will be shooting in June. I knew that Kim runs her own chiropractic practice on the Danforth (Fusion Chiropractic) and that Robb is a contractor who has done gorgeous work on their building’s apartment space. What they didn’t tell me about was George.

Adorable, fuzzy, sweet George who up to six weeks ago was the baby of the family. While he has resigned to the fact that he is now last on the dance card, he quietly inserted himself beside the focus of all the attention (that being Caillie) during the whole shoot. He successfully made it into several shots on pure charm but we did have to ask him to move most of time.

Caillie is not only adorable but also very alert and loves to be upright. Look at these eyes! She was such a good sport, putting up with outfit changes and funny hats, until she called the end of the shoot by rubbing her own eyes (which is incredibly coordinated for such a young baby). Looking forward to seeing you all in a few weeks at Allison and Dan’s wedding! 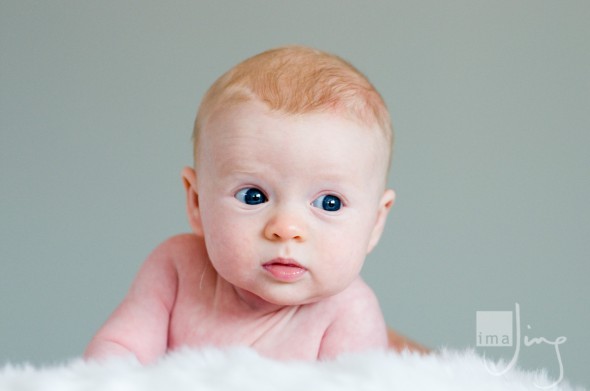 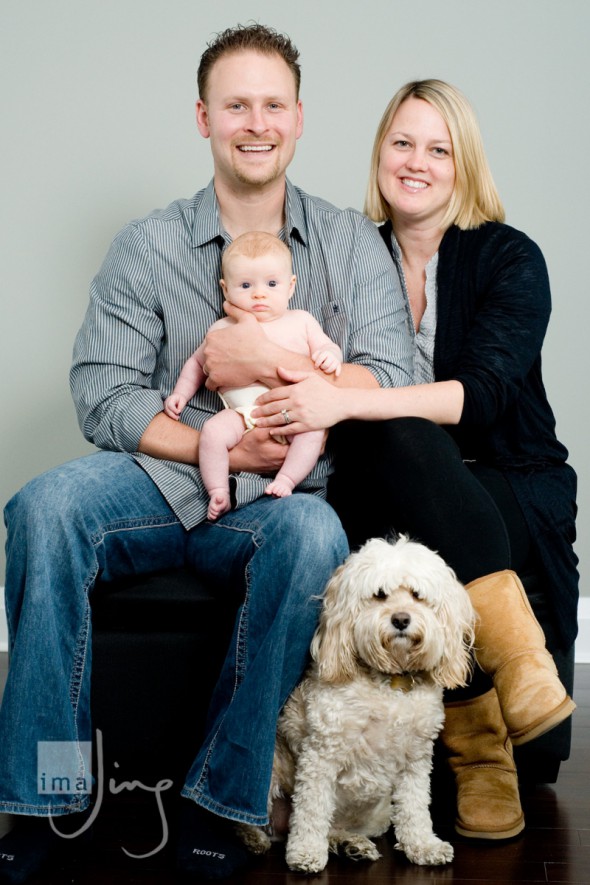 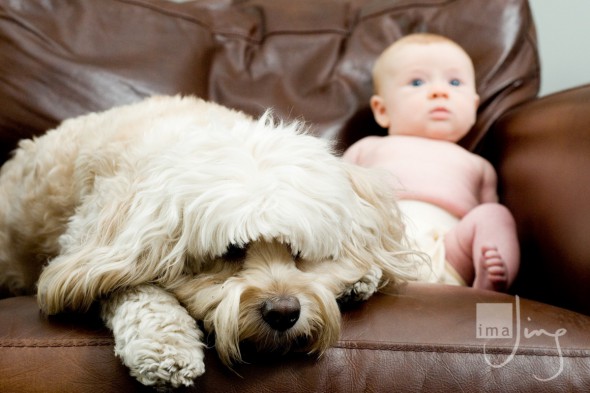